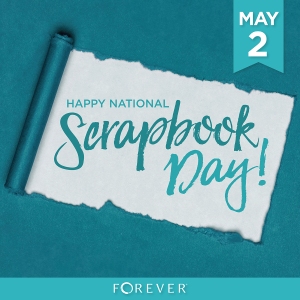 Happy interNational Scrapbooking Day!  How are you celebrating?  I was supposed to be hosting a weekend event in the mountains in Northern California but that was canceled so I’m crafting at home.  Here’s a few things that I’m doing today.  Comment with what you’re doing!

Close to My Heart all day crop.  I purchased the Card Kit #1 and will be following along making that.

Creative Memories Virtual Crop. I’m considering using one of these sketches for my Layout of the Day today.

Layout a Day Challenge started yesterday so I’ll make sure to finish at least a layout today!  Join this weekend with promo code BEATLES25 and save 25% (through May 3, 2020).

I’m also going to spend some time outside in the yard and getting some sun!

Join my Forever VIP Group  and my Scrapping Challenge Group for more inspiration!

It’s the middle of another Layout a Day month and I’ve had an epiphany!  When I save my layouts to upload to the gallery, why not also save them (at full resolution) to my Forever Account?   And so I have now been taking the extra 1-2 minutes to permanently save my layouts as I finish them every day.  After LOAD, I’ll make this part of my routine when I finish an album.  It’s the best way to ensure that the layouts are Forever saved to my account.  Additionally, they then become accessible from my mobile device through the app.  Win Win!

Here’s how you can save your layouts from Artisan directly to your Forever Account. 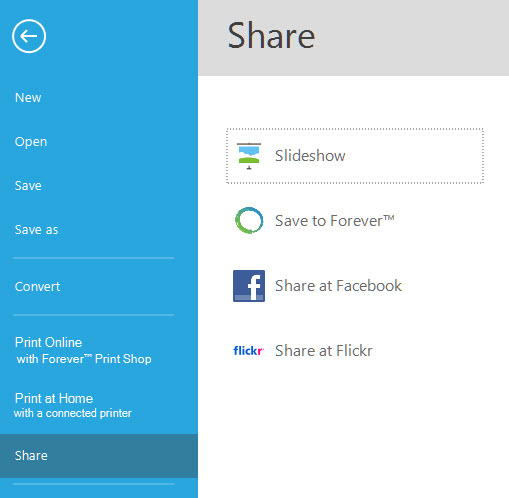 Are you running out of storage?  Or are you wishing you had Artisan?  Both are on sale this month!  Login or Create your free account (and get 2GB storage and a $10 coupon) and then see all the Deals for this month.

Hello!  I know it’s been a while and I’m so very sorry.  All of a sudden, life got super busy!

a) It’s Layout a Day month and I’m happy to say that I’ve been keeping up.  Thankfully I’m working on our vacation pictures from our Walt Disney World trip two weeks ago.   Here’s a couple of my current favorites: 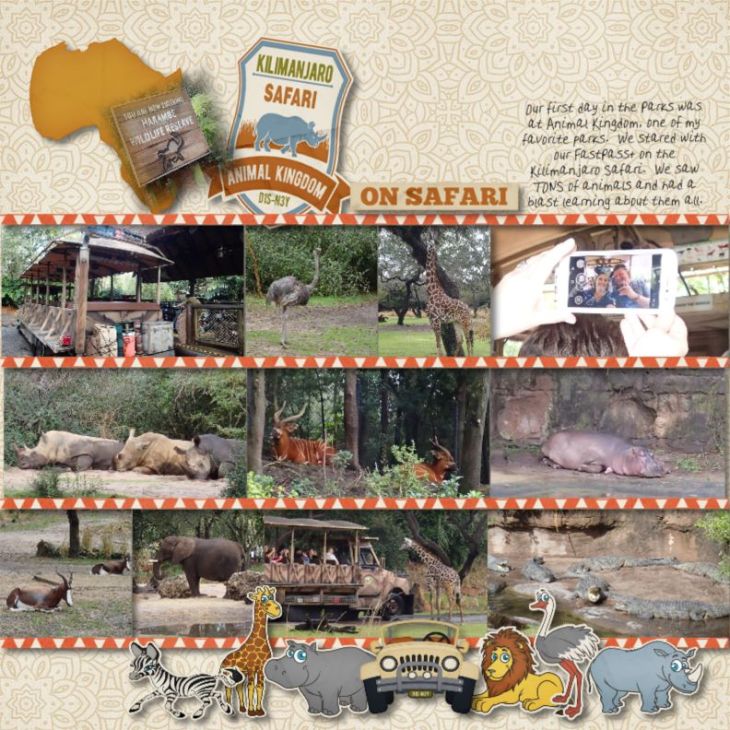 b) We’re buying a second home in Twain Harte, CA!  I didn’t realize all the work involved in doing this.  Even with a super Realtor, there’s tons of emails, decisions and effort.  We’re scheduled to close March 2nd and we’ll be spending most of our next many weekends there getting it all set up.  We now have to completely furnish and supply another home.  Thankfully, we have ALOT of extra stuff in our current home so many that will be helpful.

c) We’ve decided to help manage the family ski condo at Northstar at Tahoe.  This also came with more effort than I expected, together with trying to get family decisions made.

d) It’s the last month to qualify to earn the Forever Incentive Trip to Cabo.  I’m trying with all my might to see how close I can get to earning it.  Interested in helping me?  Contact me for my Crazy February Special that is in addition to what Forever is offering this month (can you say cash back when you purchase?).

Thank you for your continued support in reading my blog.  What’s new with you ?

It’s almost time for another month of layouts!  I’m truly looking forward to LOAD218-Choose Your Own Scrapbook Adventure.   From what I can tell, we’re going to be able to choose from a variety of prompts each day.  I love having choices so this sounds really right up my alley!

I’m currently getting organized using Historian.  I’m loading my pictures from the past several months as well as tagging them and giving them star ratings.  I find this helps me stay on track during LOAD and allows me to focus more time on scrapbooking.

Did you know that LOAD218 is open to anyone and everyone?  If you’re looking to kick start your scrapbooking for this year, consider this challenge.  There’s no judgement for doing one layout or all 28 or something in between.  It’s still more than nothing.  So what are you waiting for?  Join us!  Make your commitment in the comments and then go sign up.

Yes, October is a Layout a Day month, specifically for Scrap Happy Family members.  I had intended on keeping up but there’s so much going on that I’ve slipped behind.  It’s currently Day 9 and I’ve completed 6 layouts, to date.  I hope to get another one done tonight so it’s not too far behind.

I’m all scattered this time around too.  As much as I’m trying to stay with the prompts, I want to keep up momentum on my current pictures.  In these six layouts, I’ve done some of my sister in law’s wedding, my last Disneyland trip and Forever Live. 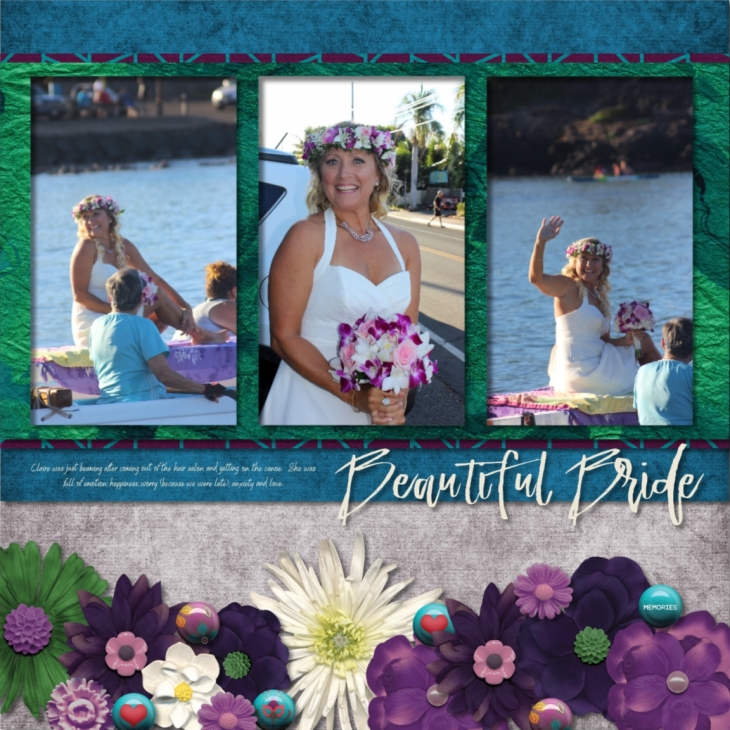 I’m going to do my best to get caught up this week because I want to start creating holiday gifts too!  It’s really never ending isn’t it?  (ha ha)

What are you creating this month?  Link up in the comments.

It’s another Layout a Day (LOAD) month and I’m not as diligent with creating everyday as I’d normally like, however I am getting some layouts done.  It’s currently day 22 of the challenge and I’ve finished 14 layouts.  I was doing great until Day 11 when I felt too cruddy to even turn on the computer or look at my phone.  Once off the wagon, it’s so very hard to get back on…  Here’s a few of my favorites so far:

May the 4th… I loved being in Disneyland for Star Wars day this month! Thanks to Simple Pleasures Designs for the freebies on this page. 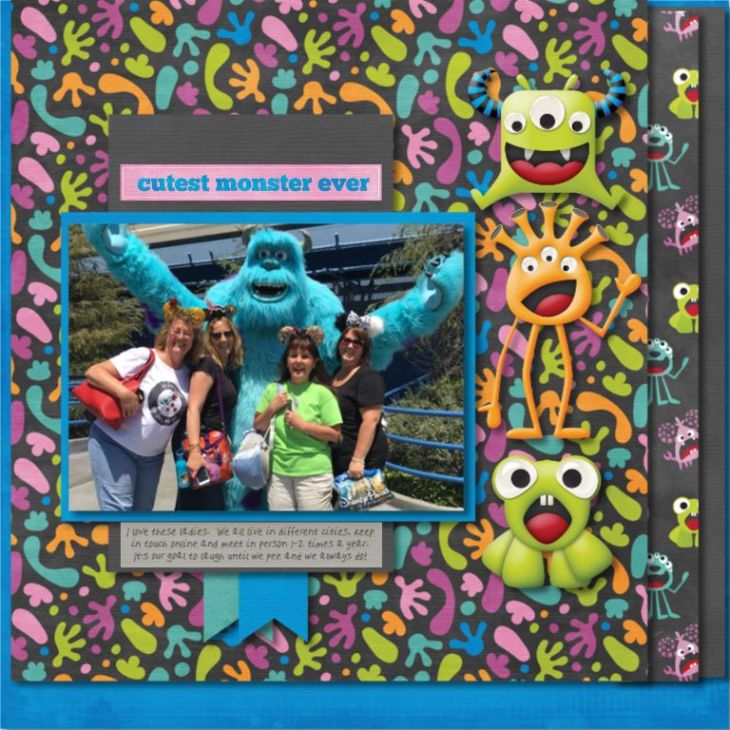 It’s almost time for my Summer Scrapping Challenge!  Feel free to join us for weekly challenges, support and of course, PRIZES!

I’m so glad to have been invited to be today’s Featured Scrapper for LOAD (Layout a Day) this month.  Here’s the prompt for today:

Gone with the Wind, 1939: “As God is my witness, I’ll never be hungry again!” Inspired by Scarlett’s vow, this is a food prompt! Because she didn’t have much food, you are on a “starvation diet” to tell your food story. Use only three colors, two embellishments, and a one-word title.

A food prompt was such a fun one for me!  I had just returned from Las Vegas and knew I had a couple of pictures of my dinner at Giada’s.  It was a restaurant that I’ve been yearning to visit as I watch her on The Food Network often.  I ate at the bar and had so much fun with the bartender.  He said that Giada does show up about once a month and when she does, she really works the room.  Gosh, had I wished she was there the same night as I!  If you’re a fan, then you might know she has a particular way of speaking the word Marscapone.  I’d heard that she will often test the staff by asking them to say it back to her in the proper manner.

Limiting my colors and embellishments isn’t so hard for me, especially digi.  To make it even easier, I had just purchased a great kit that worked perfectly for this!

I’m so excited about May’s Layout a Day (LOAD) theme – Legends of Hollywood!  I love the movies and am looking forward to see how they inspire our layouts in May.

The silver screen has enchanted audiences since its beginning. Walk down memory lane, or Hollywood Boulevard, as we celebrate some of the greatest films ever created, and use their stories to inspire our own.
Are you ready for this star-studded adventure?
If you register by THIS Saturday, April 22 you can use the coupon code “ACTION15” to save $15.
That’s a savings of 30%  But hurry, the early bird discount will not be available after this Saturday.
Click Here to REGISTER and remember to use your coupon code!
OR
Join the ScrapHappy membership! ScrapHappy members receive all LOAD challenges as a part of membership and many more fun perks too. Check it out here.

I love February because it’s Layout a Day (LOAD) month!  I started playing along with LOAD in 2011 and really love getting back into the daily habit of scrapbooking. 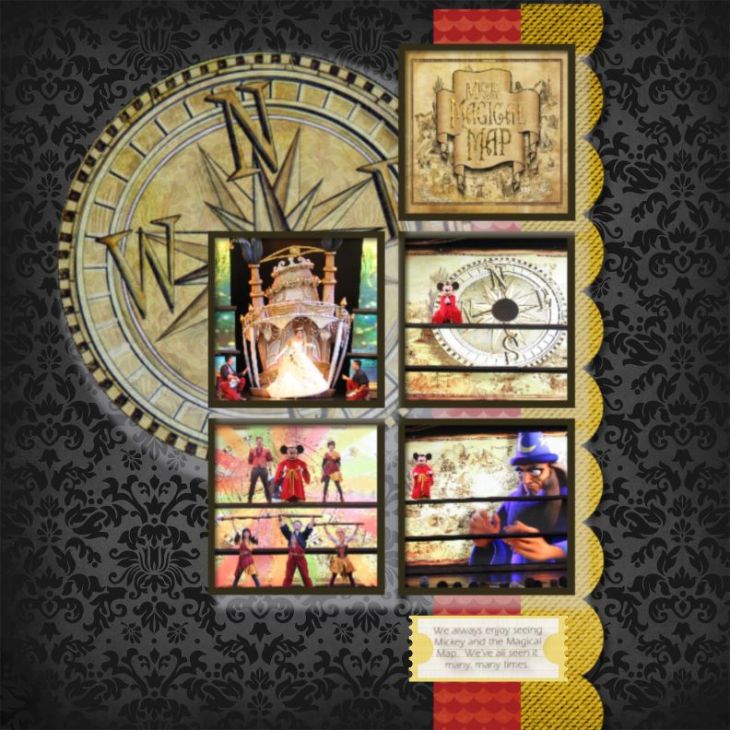 I’m working hard to finish the Disneyland trip from last fall.  As you can see, I’ve not completed today’s layout yet so stay tuned…

LOAD is sponsored by the Scrap Happy family.  As a member, you’re able to participate in three LOAD months per year!

Are you working on something special this month?  Maybe “Finish it in February”?  Or something similar?  Let us know in the comments.

If you’ve always wanted to try Layout a Day (LOAD) now’s the time!  Join us for a Mini-LOAD and scrapbook your summer memories in 7 days!

Enjoy daily prompts for your scrapbooking inspiration.  Post your layouts on our private Flickr page and get fun feedback!  If you’ve always wanted to try LOAD, this is a great chance to see how it works and it’s only a 7 day commitment!